Apache Ofbiz (https://ofbiz.apache.org/) is an open source suite of business applications that companies can use to manage customer relationships, order processing, warehouse management, HR and lots of other functions.

This post covers how to build Ofbiz as a docker image so it can be deployed as a docker container for testing.

To retrieve, build and run Ofbiz docker images you will need the following installed on your system:

If running on Windows I would suggest installing the following:

We have a few sets of sources to download:

At a shell prompt retrieve the docker-ofbiz sources using:

Change to the new ofbiz-docker directory and then retrieve the ofbiz sources:

Next retrieve any plugin sources you want to include in the build. These must be downloaded to the ofbiz-framework/plugins directory using commands similar to:

Execute the gradle build to create the docker image.

At a unix of unix-like prompt (e.g. git-bash) run:

If at a windows command-prompt run:

The gradle build will generate a Dockerfile and then execute the docker build. Once complete we can see the new image listed by running:

On my host I get

To create and run a new docker container from the built image execute:

The above will run the ofbiz container, loading data from the local-config directory. This allows setting of environment-specific administrator passwords.

Once the image is running visit https://localhost:8443/partymgr in your web browser and login with username admin and password ofbiz.

Depending on your docker setup, you may need to substitute localhost for your docker-machine’s IP address. You may also need to accept the browser’s warning that the connection is not secure.

At the terminal where docker-compose was launched press Ctrl-C to interrupt and stop the running container.

Alternatively you can open another shell, change to the docker-ofbiz directory and execute: 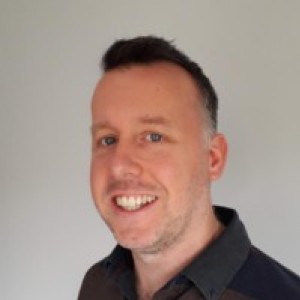 Use IT to record third-party acknowledgements

Use IT to record third-party acknowledgements

We use cookies on our website to give you the most relevant experience by remembering your preferences and repeat visits. By clicking “Accept All”, you consent to the use of ALL the cookies. However, you may visit "Cookie Settings" to provide a controlled consent.
Cookie SettingsAccept All
Manage consent

This website uses cookies to improve your experience while you navigate through the website. Out of these, the cookies that are categorized as necessary are stored on your browser as they are essential for the working of basic functionalities of the website. We also use third-party cookies that help us analyze and understand how you use this website. These cookies will be stored in your browser only with your consent. You also have the option to opt-out of these cookies. But opting out of some of these cookies may affect your browsing experience.
Necessary Always Enabled
Necessary cookies are absolutely essential for the website to function properly. These cookies ensure basic functionalities and security features of the website, anonymously.
Functional
Functional cookies help to perform certain functionalities like sharing the content of the website on social media platforms, collect feedbacks, and other third-party features.
Performance
Performance cookies are used to understand and analyze the key performance indexes of the website which helps in delivering a better user experience for the visitors.
Analytics
Analytical cookies are used to understand how visitors interact with the website. These cookies help provide information on metrics the number of visitors, bounce rate, traffic source, etc.
Advertisement
Advertisement cookies are used to provide visitors with relevant ads and marketing campaigns. These cookies track visitors across websites and collect information to provide customized ads.
Others
Other uncategorized cookies are those that are being analyzed and have not been classified into a category as yet.
SAVE & ACCEPT
Powered by